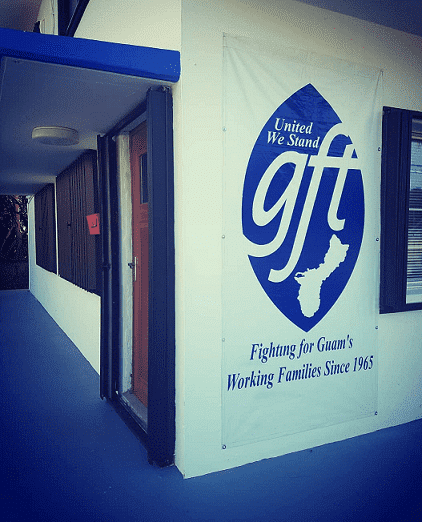 The freeze in increments, reclassification, and other upward movements in pay for government employees has turned them into a political football. Governor Calvo had the ability to veto the budget bill, but he didn’t because he believed that the Guam Legislature could not pass another version of a budget bill before time runs out this fiscal year. Governor Calvo complained that some senators act like children who should sit at the sidelines by the children’s bench.

Governor Calvo tried to pass the football of blame to the democrats for passing a bill that strips any upward pay for government employees. However, looking at the voting record, 4 out of 9 democrats (44%) supported the bill and 4 out of 6 republicans (67%) supported the bill. The playbook of ramping up one political party over another is an old hat trick. More republicans wanted to sacrifice public employees while underfunding health, education, and public safety. GFT cautions that the blame game put on by the Governor is a sneaky, underhanded play to juke responsibility that he alone could have fixed if he vetoed the bill.

Autonomous agencies such as Guam Waterworks Authority, Guam Power Authority, Port Authority of Guam, and the Guam Airport do not receive any funds from the General Fund. These agencies have a separate source of income, making them special teams that do not huddle their funds with the rest of the government. However, these agencies still have to freeze increments, reclassifications, and other upward pay adjustments for all their employees because of the lackluster budget bill. This does not put money back into the general fund.

GFT hopes that the Guam Legislature tackles the issues that plagues the government employees’ take-home pay. Lift the freeze on all increments, reclassifications, and upward pay adjustments. Do not wait to throw a Hail Mary in the last minute of Fiscal Year 2018 to fix the Fiscal Year 2019 budget. Instead, rush to finish a budget where employees do not have to worry about a freeze in their pay.
Classified government employees are not responsible for spending millions on rental contracts every year, handing out qualifying certifications to big businesses, paying $80 million in debt service payments every year, and handing out $30,000+ promotions as the Governor’s office. A starting teacher making $34,000 a year after spending thousands to earn at least a Bachelor’s degree will not receive an increment. An Office Aide who earns $17,769 a year who can qualify for government assistance for a family of four will not see any upward movement in pay. In football terms, this is called a lateral where the ball is tossed backwards. In this case, the employees’ progress and morale are thrown backwards. Fix this mistake. Don’t toss the government employees to the wayside.

The deliberate football undertone is in anticipation of the upcoming NFL season. Week 1 starts after Labor Day.