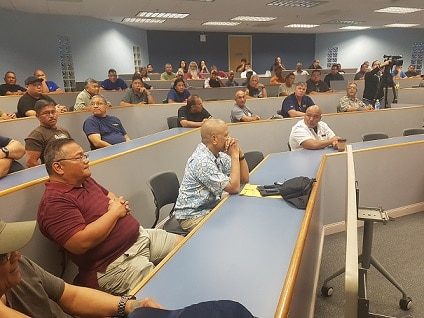 A court hearing for the law enforcement retirement case is scheduled on Monday, April 29, 2019 at 2:00pm in the Superior Court of Guam. GFT had filed a Writ of Mandate against the Government of Guam Retirement Fund for erroneous calculations of retirement earnings for officers who received the lump sum increase as a result of PL 29-105. Law enforcement officers affected were concerned with the calculations that were provided to them by the Retirement Fund which used income that were a significantly lesser amount than shown in W-2 forms.