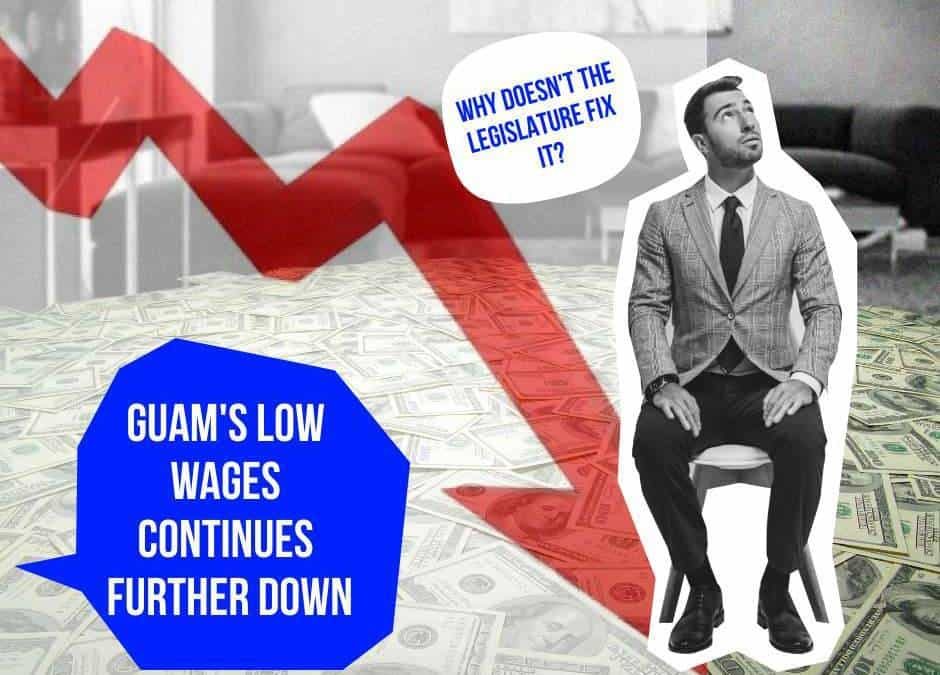 Once again it is time to talk about the low wages in Guam. Yep, Guam needs a raise. The minimum wage is the lowest wage that employers can legally pay their employees. When it comes to the government of Guam, ensuring that working families in Guam are earning at least minimum wage has become an all too frequent and necessary responsibility placed on the Guam Federation of Teachers Union.

You likely know that the minimum wage on Guam has recently increased to $9.25 per hour, but did you know, the minimum salary level required for an employee to be considered exempt has been at $684 per week, or the equivalent to $35,568 per year since January 1st, 2020, in the US mainland and only $455 per week on Guam?

If you knew this, you likely know more than your elected government officials. Presently, Government Guam Employees are being paid pursuant to the Competitive Wage Act of 2014. This wage act purports to pay less than stateside minimum wage in many instances, especially for positions where employees hold exempt status or salaried positions. The number of government positions paying less than stateside minimum wages rise into the hundreds and include pay grades A-K on the General Pay plan for salaried employees and A- D for hourly employees.

If you are a government of Guam Employee, earning a salary of less than $684 per week, you are likely underpaid and deserving of a raise. We would like to speak to you. Call GFT Union at 735-4390 to make an appointment with one of our field representatives today.