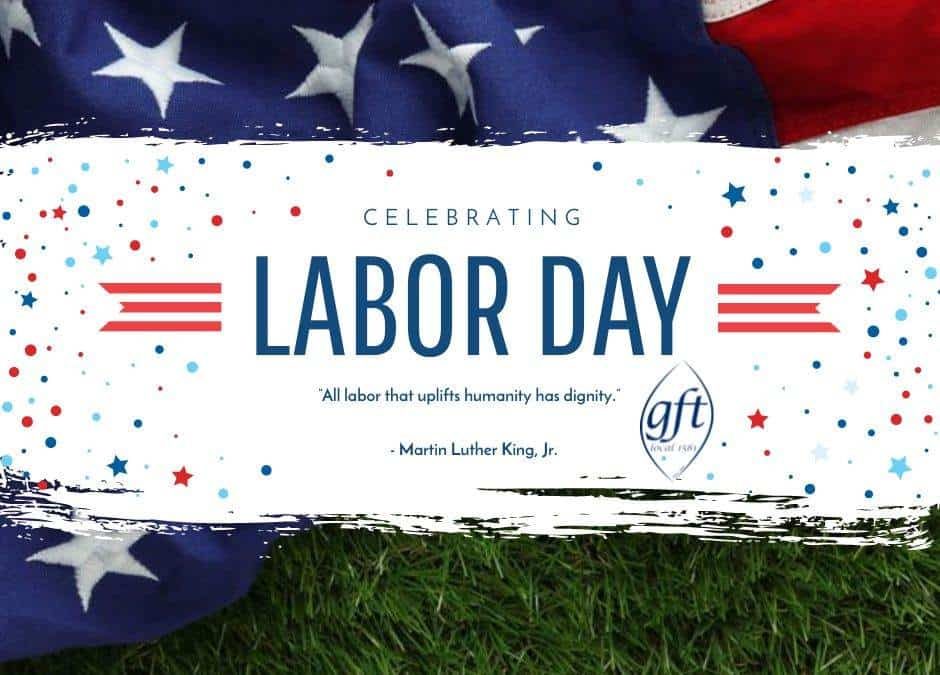 What do you think of when you see Labor Day on your calendar? A sunny summer day, barbecues, a school holiday, or maybe the time of year that signals it is ready to go back to school. You may even think briefly about unions, knowing that unionized workers made possible not only a holiday dedicated to and for workers, but also weekends, child labor laws, and safe working conditions in the United States.

Do you know the origins of Labor Day? It became a federal holiday in the U.S. in 1894. created to honor and celebrate the labor movement, workers, and the contributions of both to American society. The labor movement is instrumental with American society being what it is today; there is so much overlap between labor and other aspects of American history. Here’s one example:

You know about civil rights leader Martin Luther King Jr., of course. But did you know how intertwined the labor movement and the civil rights movement were? The AFT was a main funder of the March on Washington for Jobs and Freedom, where Dr. King gave his famous “I Have a Dream” speech. King was a supporter and believer in the positive power of unions. He was the keynote speaker at the AFL-CIO’s annual convention in 1961. “The labor movement did not diminish the strength of the nation but enlarged it,” he said at the convention. “Those who today attack labor forget these simple truths, but history remembers them.” We even have a thank-you letter King wrote the late former AFT President Albert Shanker when he was still president of the United Federation of Teachers in New York City. If you haven’t already, be sure to check out Share My Lesson’s collection of teaching resources on Martin Luther King’s accomplishments and his legacy.