Chamber of Commerce Wants You to Remain Poor 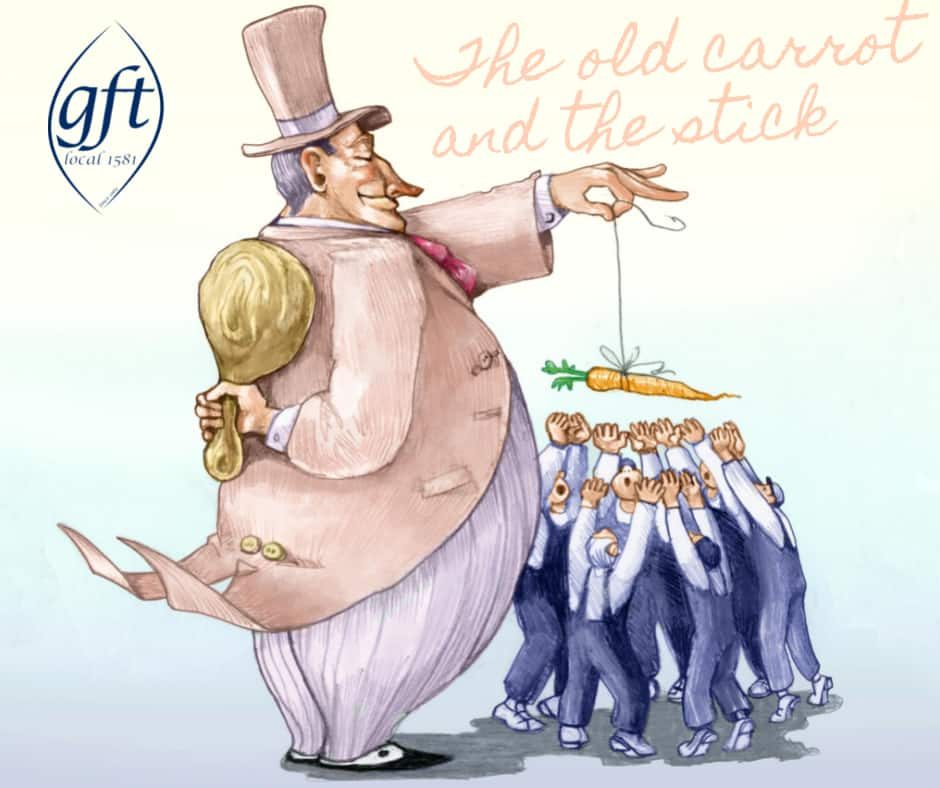 GFT always knew that the Chamber of Commerce (COC) was anti-workers, but never have they said it more blatantly than this.  The Guam Daily Post quoted Shawn Gumataotao, “The point is, plenty of money is being spent, ever, by the office of the governor of Guam. Now these numbers and the process that we’ve all been witness to over the last two years should be a cautionary tale for all of us. We have seen in recent weeks cash set aside to give raises, to hire new employees, and to give money to taxpayers. Now the latter makes some sense, right, but the other two – raises and hiring?” Gumataotao was invited to speak at a COC meeting at Hilton on April 27, 2022, discussing the use of federal funds, calling for the BPT to rollback, and to NOT FUND PAY RAISES.

The last time GovGuam was at parity with national pay for its employees was in the 1990s. Since then, the rest of the nation pulled ahead while our wages stagnated. The last pay adjustment took place in 2014 in the form of a wage compression where low wages moved up (some still fall below minimum wage) while the upper tier saw a whopping increase of a nickel for the whole year.

Edward Untalan, Chairman of COC said, “…13,000 government employees. That’s a lot of government employees… everyone deserves a pay raise. Everyone deserves, you know, and I don’t want to say that the government of GU employees don’t work hard enough, but they, you know, everybody deserves them. But the business communities, the small business communities, what drives the economy without this business community, they wouldn’t have taxes being paid and you wouldn’t be able to pay all of these employees at the government want. So to Sean’s point, by decided to start making permanent changes to their operating expenses, using one time, lump some funds, it’s going to come back to us to be able to either drive that business or pay more taxes.”

View a snippet of the COC presentation

GFT opposes the fast and loose talk by the COC to keep wages on Guam low on purpose. The wealth that the COC enjoys is built upon the labor of its employees AND the profits they receive from spenders like you. The false narrative of vilifying pay raises for GovGuam does not attract and retain great employees. The ability to service the island diminishes when GovGuam cannot take care of its employees. In turn, businesses will not be able to sell their goods and services if people are not able to afford them. You cannot advocate to keep the island poor in the hopes that the economy will improve. This false narrative held Guam back from being competitive with wages since the 1990s.

The COC is not the sole voice on representing small business. Many educators have to take on a second job, some as a small business, to make ends meet when their salaries are not enough. NEA reports that almost one-third of teachers take on a second job. We all felt the pinch when the Business Privilege Tax (BPT) rose from 4% to 5%. However, rolling back the BPT will cement any opportunity to raise wages to a competitive level. Most GovGuam employees can double their wage by working in the mainland. Even worse, employees in the private sector, some with bosses who are members of the COC, have lower wages than GovGuam. Do we really want to sustain an environment where people leave Guam as the only way to improve their take home pay? Take care of all the people on Guam, not just the ones running small business.

As a call to action, if you know employees that are outside of GovGuam that need a union to fight for their right to negotiate their working conditions and pay, reach out to GFT at (671)735-4390 or email us at contact@gftunion.com. Our island does not only prosper when businesses make money, it prospers when we all make a decent wage.